Endings in Vigil: The Longest Night features different conclusions of the game that depends on the player's actions/choices made throughout a completed playthrough. These endings unlock different outcomes of the game's story.

Endings in Vigil: The Longest Night

All three endings can be obtained in a single playthrough if you collect the items required for the secret ending during your run. It does not matter what you choose to do with Cubic Crystals. The choice between "A Vigilant" and "Nightmare" endings depends only on which portal you choose to use after you defeat the final boss. And to get the "Sisters" ending you must break the four seals on the arena before summoning it.

You get an achievement called "By the Will of Dephil" for obtaining the "Sisters" ending. Other endings do not grant achievements. 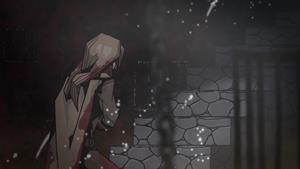 Leila tries to search for Daisy within the entity's body, but is unable to find her. She takes the long path back to Maye Town. As she walks its darkened streets, the fruits of her quest finally blossom; for the first time in centuries, daylight breaks through as the townsfolk open their doors and look in confusion and awe. The townsfolk crowd around the statue of the goddess and praise the sun. The Long Night falls apart as the mystically-enforced sky burns away to reveal a bright blue sky and a shining golden sun. But as the scene fades to black, tendrils emerge from the sun... 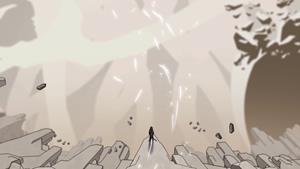 Leila fulfills her duty as a Vigilant, only to discover that she has been deceived and her actions have brought ruin. Daisy, the Shimmer Goddess, was the one responsible for the Long Night, which she evoked eons ago to protect humanity from the Old Gods. With the death of the Light Devourer the stars are finally returning. And the things between them are hungry. 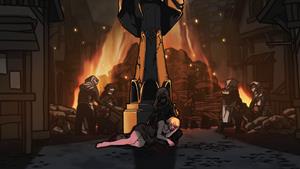 "Sisters" ending is the secret ending of the game and requires the player to collect four of Daisy's heirlooms throughout the game: Daisy's Headwear, Daisy's Brooch, Daisy's Bracelet, and Daisy's Diary.

Thanks to Leila's efforts Daisy manages to retain her humanity and consciousness within the Light Devourer. After defeating the beast Leila manages to recover the body of her unconscious sister, and takes the slow path back to Maye Town. Bodies litter the streets as workers cover them in shawls and cremate them at the square. Leila and Daisy rest at the foot of the statue of the Shimmer Goddess. The horrific ritual was interrupted, and the catastrophe has been thwarted. The night continues to sing, softly, slowly.