Axe of Boiling Blood is an Axe in Vigil: The Longest Night. The Axe is one of the four types of weapon that Leila can use in battle to inflict damage onto the enemies and bosses she encounters, the Axe may constrict Leila's movements but it is capable of inflicting heavy powerful blows.

This is not so much a weapon as it is a contorted limb ripped from one of the mutated miners It's morally ambiguous but effective." 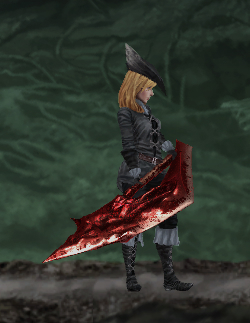